A brandmark & key visual were created for Proctor & Gamble, one of the key sponsors of Desifest & Hungama. Desifest is a South Asian music festival in Toronto. The key visual, “Mehndi-Rock” was a combination of two major ideas of the festival: South Asian culture and Contemporary music. The hand gesture is a widely known symbol for rock/rocking/concert going. The hand patterns & designs pay homage to Mehndi, a south asian tradition of staining patterns into the skin. The illustration is a marriage of the modern rock idea and traditional south asian heritage.

This key visual was used for all of P&G’s POS: banners, t-shirts, polybags, media walls and a virtual wall among some of the components. 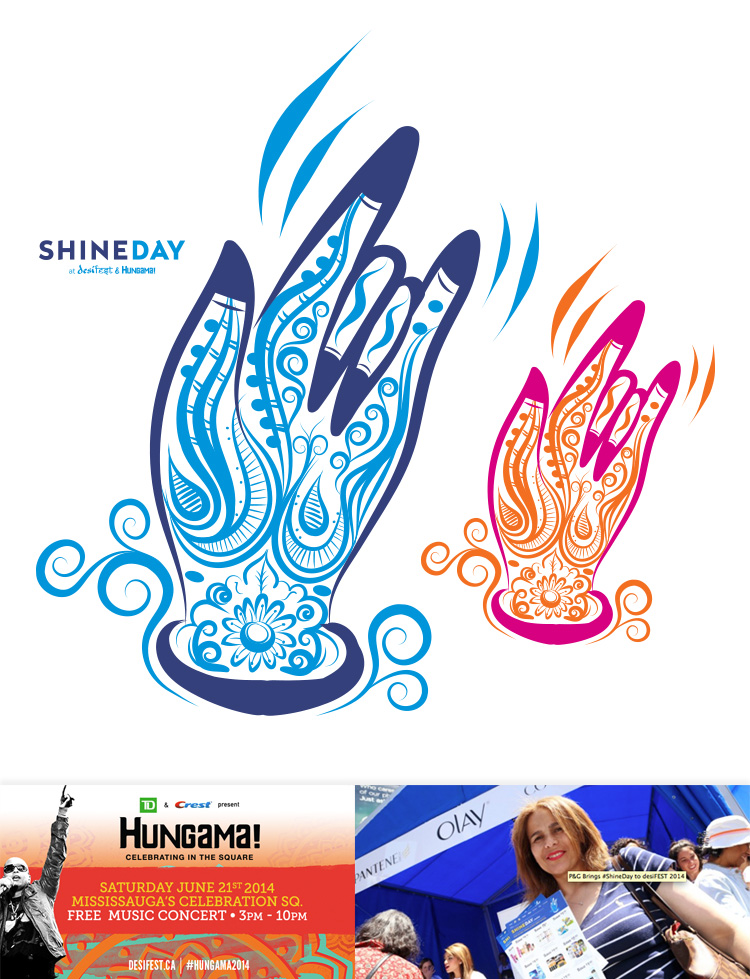 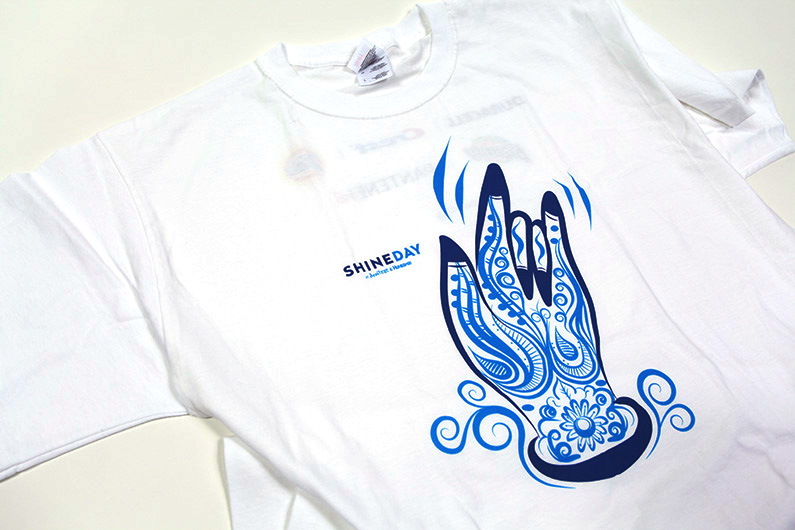 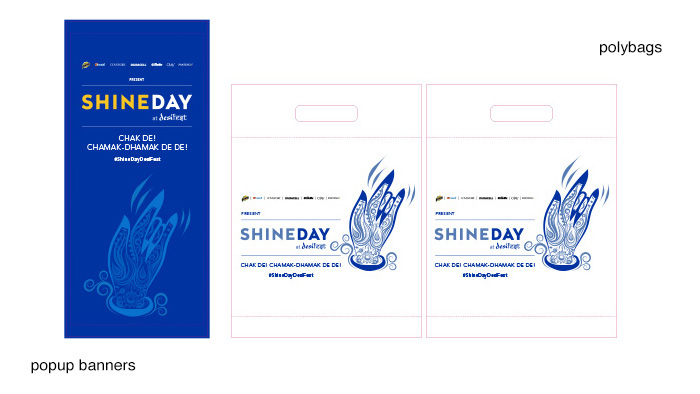 Another set of illustrations were hand drawn and developed specifically for this campaign. A feeling of loose brushwork yet sharp vector lines were inspired by traditional gestural drawings and pattern work. These illustration captured the notion of “shineday” and positive energy. In the end, the Mehndi-rock hand was chosen as the key visual. 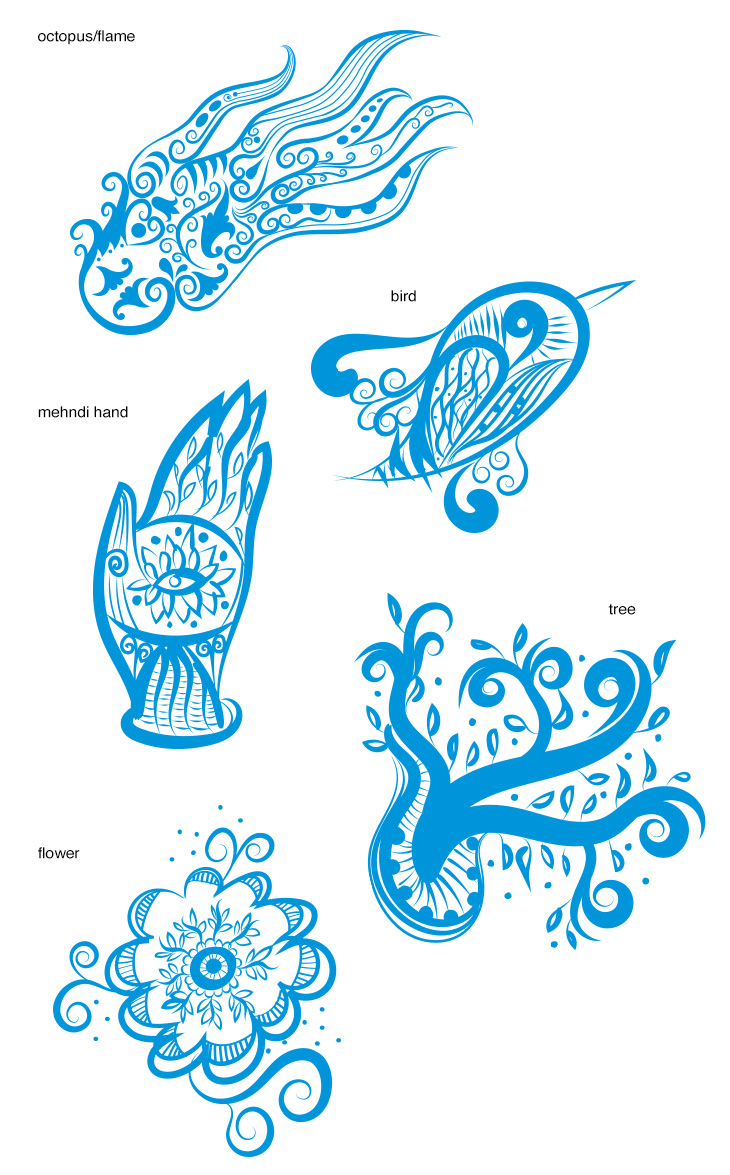